Charged with murder? Accused of homicide? We can help! 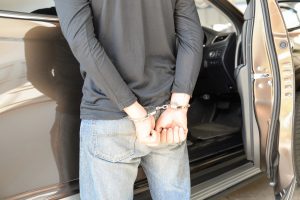 There are four degrees of murder, and all have serious imprisonment time. Ranging from as low as 8 years to life imprisonment or the death penalty. They also range from accidental to wickedly premeditated, planned, and executed. Another form of murder in most states is fetal murder, which is assaulting a mother that causes a stillborn in her growing fetus. There are several states that only classify it as assaulting the mother, but in South Carolina, it counts as a form of murder. In some cases, murder can be justified if the homicide was in action of preventing a serious crime (rape, armed robbery, manslaughter, or murder) from occurring or was in self-defense.

The least time in prison is involuntary manslaughter. This usually occurs when a person was out drinking and decided to drive which ended up killing someone. Another circumstance is during a car accident. This type of homicide is the lack of intent to kill, but it occurs by accident through other intentional actions.

Voluntary manslaughter sometimes called a crime of passion, which occurs when something happens that causes a reasonable person to become emotionally and mentally disturbed. This is also a crime committed with no previous thoughts of killing or malice and is committed after such situation arises. Such as a man coming home to his wife with another man, and he picks up an object and strikes him over the head; killing him.

Second-degree murder is homicide with intended malice, but there was no prior premeditation.

Capital murder (first degree) is a murder with malice and premeditation.

We can help you figure out what to do on a case by case basis, but we will always try to help you find the best solution. The Law Office of William J. Luse, Inc. Accident & Injury Lawyers will help you prepare your testimony and your trial.

Ready to find out more?